Pelvic Girdle & Back Pain During Pregnancy

Patient MS, 28 year old primip presented at 34 weeks with right sacroiliac joint (SIJ) pain, unable to lie on right side in bed, pain aggravated by rolling over, getting in and out of the car and going up and down stairs. MS lives in a townhouse over 3 levels so this was a significant impact on her activities of daily living (ADL’s).

She had been participating in pregnancy exercise classes 3 times per week and symptoms had commenced following a class and were further exacerbated by the next two classes. She ceased attending further classes 1 week prior to seeking treatment.

She had a trouble free pregnancy until that time with no previous history of pelvic girdle pain (PGP) or lower back pain (LBP). MS had a right knee reconstruction at 18 years of age with no other significant medical history.

On examination she demonstrated right SIJ ligamentous laxity and poor muscle control of the pelvic girdle, increased right femoral internal rotation and poor force and form closure of the right SIJ on weight bearing. Provocation tests of the right SIJ were positive as was the active straight leg raise (ASLR) test which improved with compression applied externally to the pelvis.

Compression devices appear to work by providing mechanical support for the pelvis and also by improving the action of the stabilising muscles via improved proprioception which increases their activation. This has been demonstrated in research around the peripheral joints (knee and ankle) and is thought to be similar around the trunk.

Compliance with external compression devices is often an issue when client’s work involves sitting as the device is often too broad to be comfortably worn while sitting – MS had a desk job so the decision was made to use the SRC Pregnancy Leggings as the form of external compression along with clinical pilates based rehabilitation of the pelvic girdle muscles.

She continued with her clinical pilates and wearing her SRC Pregnancy Leggings until 39/40 gestation and had a healthy 9lb boy, Oscar. 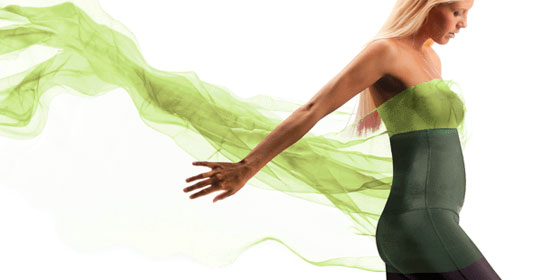